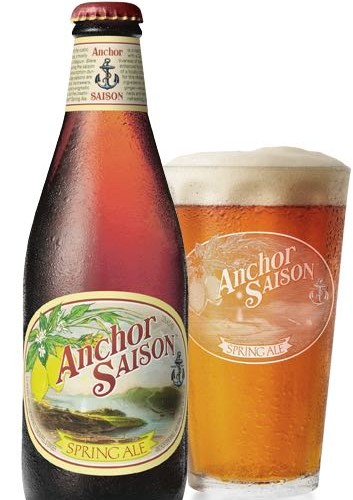 In the never-ending quest to slake the thirsty American public’s taste for new and interesting beers often times brewers look to the past for inspiration. First it was the infatuation with that iconic British creation, India Pale Ale. American brewers tweaked and twisted recipes until they had caused the style to completely morph into something completely dissimilar than what they had started with—a mildly hopped beer with a slight bitterness.

Much to the drinking publics joy, we Yanks appropriated the style and turned it into our own. Highly complex beers with layers of hop flavors previously unimaginable a few decades ago.

But you can only drink prodigiously hopped beers for so long, sometimes you crave a more approachable brew. Something you can crack after a day in the sun and enjoy with friends, a beer that invites you to kick back and relax. Enter another blast from the past the Saison.

Originating during the eighteenth century in the Wallonia region of southern Belgium, Saisons were created as beverages for the summer farm workers in the region. Basically it was the first seasonal beer in the world. Fresh, fruity, dry, and spicy are a few of the adjectives attached to them. They are one of the newer styles of beers that the American brewers are attempting to redefine.

It is only fitting that one of the founders of the modern craft beer movement would be trying their hand at brewing their own Saison this spring. That brewery would be Anchor Brewing.

When Fritz Maytag decided to purchase the shuttered Anchor Brewing plant in downtown San Francisco in 1965 he really did not know what he was doing, or what he would help ignite, he just wanted to drink good flavorful beer. The purchase of the brewery and Fritz’s commitment to brewing unique beers has been hailed as the first step in what has become an overhaul of the American beer scene. His beers were instrumental in inspiring some of the earliest of the new American brewers, Ken Grossman of Sierra Nevada, Jack McAuliffe of New Albion, and Geoff Larson of Alaskan Brewing.

Though Maytag sold his brewery a few years ago it still continues to produce excellent beers. Anchor Saison is their new spring seasonal and is a great choice to toss in the cooler to sip after spring skiing or a long trail run. Weighing in at 7.2% ABV it has a bit of a kick to it but one that is slightly noticeable.

Pouring with a honey amber hue it has a pleasant aroma that nicely showcases its distinctly Californian ingredients like lemongrass, lemon peel, and ginger. With flavors of pear, banana, and a hint of ginger it goes down smooth leaving you looking forward to your next sip. This is not an overly complex beer but one with an agreeable balance.

So the next time you find yourself standing in front of shelf-after-shelf of six-packs in your favorite liquor store snag some Anchor Saison. It will be just what you are looking for when your taste buds are looking for a break from the never ending hop bombs we Coloradoans love so much.