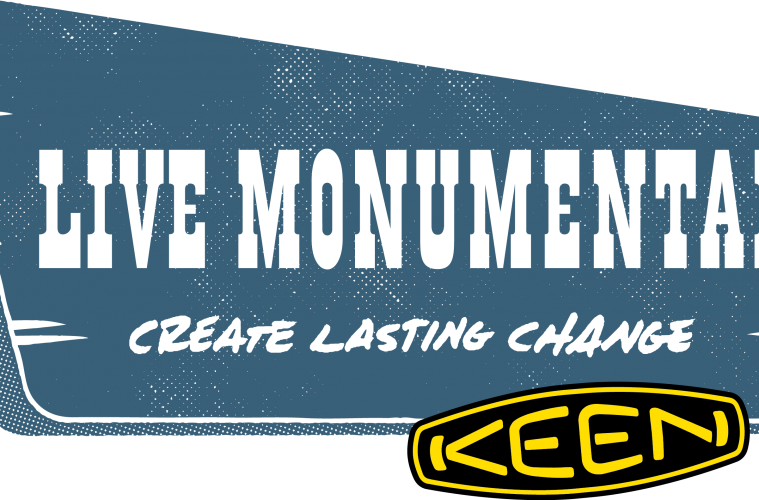 100,000 is a big number, but it’s the amount of signatures that KEEN Footwear is aiming to collect for their Live Monumental campaign that is sweeping the nation— literally. On July 29th, the KEEN crew set out in a renovated bright yellow, 70s RV, on a two-month cross country trip to raise awareness for the preservation of public lands, seeking signatures in support of the designation of new national monuments that include: Gold Butte, NV., Boulder-White Clouds, ID., Owyhee Canyonland, OR., Mojave Trails, CA., and Birthplace of Rivers, WV. The final destination for KEEN’s campaign is Washington, D.C., where the KEEN crew plans to personally deliver their collection of signatures to the Obama Administration in hopes of protecting a total of 3 million acres of land.

“There are nearly three acres of public land for each person in the USA. Through the Live Monumental summer road trip and digital campaign, we will bring the KEEN brand promise of building stronger communities and a healthier planet to life by advocating for new national monument designs to preserve some of those lands for their recreation and conservation value,” said Linda Balfour, Brand Marketing Director at KEEN.

On Tuesday, September 1, KEEN’s tricked out RV will be parked in front of Upslope Brewing’s Flatiron Park location seeking signatures on their digital and life-size scroll. Outdoor enthusiasts and craft beer fans alike are welcome to visit the taproom from 5-8 p.m. to learn more about the Live Monumental campaign and sign the petition. Signatures can also be added to the petition online at http://www.keenfootwear.com/livemonumental.