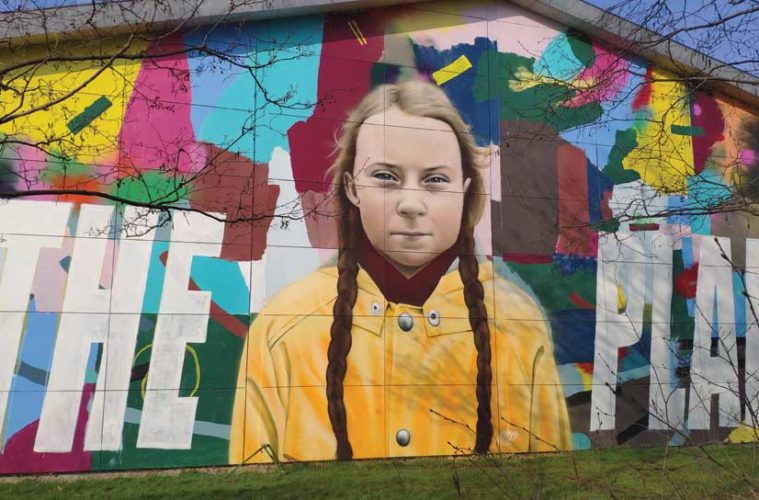 Will the global climate strikes usher in a new era of actually doing something about climate change?

On the eve of this magazine going to press,  I am planning on striking along with millions of others across the globe who have simply had it with governments that either pay lip service to attempting to slow climate change or sow misinformation and discord to prop up cheap profits and outdated political stances. I hope that our efforts will have been peaceful, effective and heard by those who have the power to actually do something.

Meanwhile, the Amazon rainforest continues to burn as I type this letter, a tragedy that could upset the balance of the Earth’s atmosphere (all in the name of cheap burgers, and perpetuated by a cynical lack of government oversight). Also, the Trump administration is busy making sure that our water is more likely to kill us, opening the Arctic to drilling for fossil fuels that are proving to be the impending downfall of our species and converting precious desert lands that had been preserved as a national monument into non-native grazing lots and unnecessary coal mines. It seems that even those who once denied climate change have pushed their arguments to the side and simply busied themselves in a race to do the most destruction possible to the biosphere for no other reason than to stick it to their political opponents (who reality is all-too quickly proving are right in this case).

Speak up against this gleeful, willful ignorance and you are assaulted by a culture that has given up its ability to engage in critical thought and civil discourse and reverts to insults. In the words of skier and mountaineer Caroline Gleich, a Protect Our Winters (POW) ambassador and insistent voice for action on climate change: “In the past decade of my climate activism, I’ve been called a hypocritical ecoterrorist, a glacier killer, Little Miss Polluter, a dipsh*t, an egotistical stupid little girl and told to STFU for saying we need to act. At times, I allowed that name-calling and abuse to silence me. But I won’t be silent any longer. Don’t let those voices of dissent silence you, either.”

It would be easy to fall into a numb resignation over the state of this world—but there is a tidal wave of change coming. Young people, who are quite simply fed up with their elders’ embarrassing inaction and cynicism are dead set on being heard and making changes. Led by the example of 16-year-old Swedish activist Greta Thunberg—who gracefully and firmly told the U.S. Congress, “This is not political opinion or views, this is science.”—the youth of the world (joined by some of us older souls) are looking at solutions to these all-life-threatening problems. The message is clear: Our fate should not be about political parties or short term profit, it rests in our ability to act as reasonable beings.