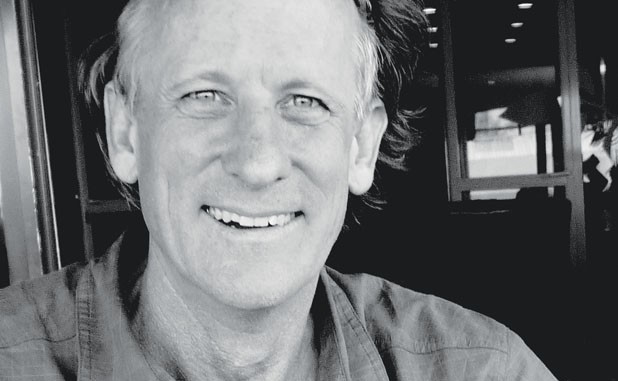 The Man With the Plan: Reynolds hopes to put 200,000 pellet stoves in Rwandan homes in four years.

In 2010, Eric Reynolds, 59, could have retired. Instead, he liquidated his assets and moved from Boulder to Gisenyi, Rwanda, a country still reeling from the 1994 genocide in which close to one million people were killed in just 100 days. It’s a place few would voluntarily visit, let alone relocate to. Reynolds has been relatively quiet about his unexpected move, and his new venture, Inyenyeri: A Rwandan Social Benefit Company. But, the founder of Marmot and Nau has huge plans in the works. We caught up with him to talk about his plan to turn Rwanda into the first carbon-negative economy in the world, and his life-altering move.

You live on the Congo/Rwanda border, undoubtedly one of the most dangerous places on the planet. How do you deal with the fear?
I don’t really ever experience any fear on a day-to-day basis. While Rwanda is perceived as a dangerous place by many, it’s really stereotyping, ignorance and stigmatization that is the basis of that point of view. Rwanda did experience something more extreme than Dante’s vision of the 7th Circle of Hell, but that was 17 years ago. Within the borders of Rwanda, you’re in a very secure and sensible place—a country, society and economy rapidly moving into a better future.

True, I live a half mile from the Congo, and it’s a completely different story there with ongoing turmoil that’s caused 4 to 5 million deaths in the last dozen years. But I’ve gone through life as an entrepreneur and alpinist, so maybe I have a higher tolerance for risk than some people.

You hiked Mount Nyiragongo, an active volcano, in November—not exactly the mountaineering you’re used to. What stands out about that experience?
There was an eruption eight years ago that flowed through the city of Goma in the Congo, causing 400,000 refugees to flee across the border into Rwanda in a single day, surely one of the biggest exoduses in the history of mankind. N’gongo’s lava has a very low silica content, which means it flows fast, almost like water. We’re talking liquid fire moving 60 m.p.h. down the cone into Goma.

If a volcano this dangerous was in a place like Hawaii, you wouldn’t be allowed within five miles of it, but we were able to hike to the top and peer inside. There’s a huge lava lake deep within the crater. Looking down into the chasm, you can feel the heat on your face and hear the lava waves lapping the walls. I stayed up half the night sitting at the edge of the precipice listening to the sounds of the earth breathing. It was one of the most extraordinary nature experiences I’ve had in my life.

What was your initial inspiration for wanting to improve people’s lives in Rwanda?
For me, it was a person—Terry Tempest Williams, an extraordinary human being and writer who lives a life that constantly speaks truth to power. My encounters with her brought me back to the values taught to me by my family as a boy, which was to do nothing less with my life than to use it to change the course of the world, to make it a better place. She came to Rwanda long before I did to build a genocide memorial. I invited myself on one of her visits and it changed the course of my life.

What do you hope to accomplish with your new venture, Inyenyeri?
In Rwanda, 86 percent of all energy is used to cook. But cooking methods here are primitive—a pot balanced over three rocks and a smoky fire—creating indoor air pollution so severe that it kills twice as many people as malaria and TB combined. Inyenyeri provides energy to cook with in the form of renewable biomass—pellets made from twigs, leaves and agricultural waste like cornhusks. This replaces charcoal, which uses 10 kilos of trees to create one kilo of charcoal. The pellets will cost half as much as charcoal, and when people burn them using our stoves, they create biochar, a rich fertilizer that puts carbon back into the earth, creating a carbon-negative process.

By the end of this year, we expect our stoves to be in 5,000 households. In four years, we hope to have the capacity to fuel over 200,000 households. Our initial data shows that when 40 percent of households here are using this system, we will cross the threshold of creating the first carbon-negative economy in the world.

You’ve been in Rwanda for 20 months now. What do you miss most?
My honest answer? I miss practically nothing. This new path, this new life, is so extraordinarily exciting, challenging and rewarding. People tell me I look ten years younger. I feel 20 years younger, and I act 40 years younger. I can’t express how rewarding it is to have the chance to use your skills and life experiences in a setting like this. The opportunities in education and more that we have in the U.S., when you can leverage that in a place like this—wow—you can actually see the impact of what you do on a daily basis. Instead of the cog-in-the-wheel insignificance felt in our culture, you know each day that you are truly changing the world. It makes life freakin’ worth living.