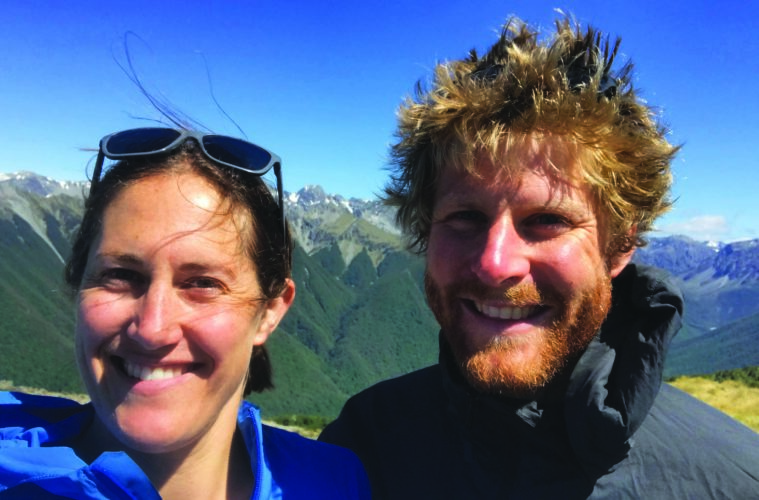 The Executive Director of Gunnison Trails is building a high- mountain paradise open to everyone.

Recently honored as a Kitsbow Trail Advocate, Gunnison based Tim Kugler is deeply passionate about building community around excellent mountain bike trails in the Gunnison Valley and in Crested Butte. He’s loves getting dirty building them.

“I spent a weekend with the Crested Butte Mountain Bike Association (CBMBA) building the Budd Trail, a rad little connector off of the popular Lower Loop trail, with over 150 volunteers. At the end of the day, we swilled beer, gorged on BBQ, and danced to a local bluegrass band along the banks of the Slate River—I was hooked,” says Kugler.

“We call Tim ‘Shreddy Boo-Boo’,” says David Ochs, Executive Director of CBMBA, “He is a fair fellow with the best intentions for public lands, for recreation, and specifically for shreddy mountain biking.”

He hits the trails hard. The Executive Director of Gunnison Trails and a member of CBMBA, Kugler completed the 500-mile, 70,000-vertical Colorado Trail Race in 2010. He’s currently leading a mountain bike trail expansion project in Gunnison at Signal Peak that will transform the greater Gunnison Valley’s access to local trails.

“We’re a better community having Tim looking out for our trail and recreation needs and protections, and we’re grateful to have him at the helm of Gunnison Trails,” says Ochs.