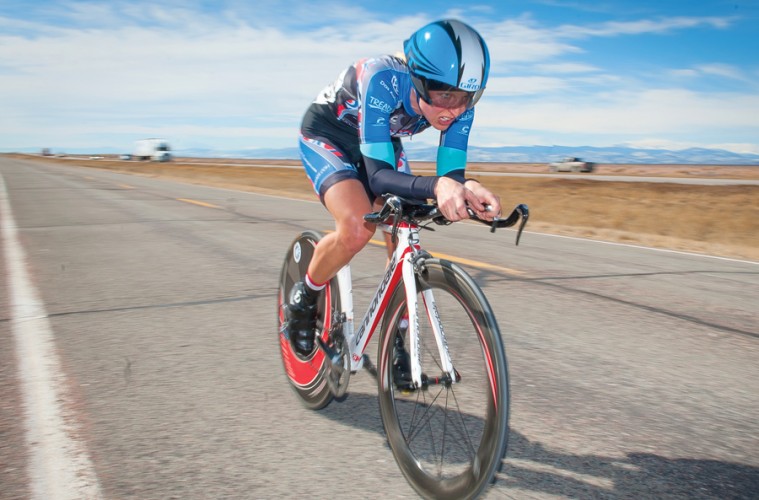 Of course it happened at the Whole Foods parking lot. The cyclist was coming down the sidewalk, at full speed, on the wrong side of the road. The driver in front of me, an elderly lady, was making a right-hand turn into busy traffic on 30th St. She was focused on finding a break in all those speeding cars to her left.  That naturally meant that she was not looking for the helmet-less cyclist bombing down on her right—he ended up on her hood.

The dude seemed to be OK. At least he was well enough to get up and scream obscenities at the poor woman who simply stared at him in shell shock. He got back on his bike and rode off—still on the sidewalk on the wrong side of the road, instead of the… bike lane across the street—shaking his free-flowing locks.

What I wanted to tell him: Drop the righteousness. That old lady may have been in the wrong. You were legally right, but your safety on your bike is up to you.

I rode motorcycles for a while‚ and got hit by cars a few times, and the biggest thing I learned from sitting on an 1100cc engine with all the protection of a singlespeed around me was that cars do not know you are there. They don’t even care. Hunter S. Thompson once even said that every driver has a secret, perverse urge to swerve into a motorcycle, and probably more so a bicycle. And, now when I see cyclists putting themselves in danger by trusting that traffic will be looking out for them, I get worried, not righteous, not old-guy cranky, but honestly worried for them­—that driver you assume sees you could very well be texting while cooking meth in the grand style of Hunter S. Cyclists, sometimes me included, can be pig-headed. We often ride around with a (deserved) chip on our shoulders, with the attitude that traffic should be aware of us since we are so vulnerable. Wake up. It doesn’t matter if you have the right-of-way or if that big bad car is frying the planet and piloted by someone who thinks exercise is getting up to find the TV remote. The only person you should trust on the road is you.

I also worked as an EMT. It was part of why I gave up the motorcycle. Flesh always loses when it encounters speeding metal. I’m not saying any of this as an excuse for the idiot (and deadly) drivers out there. There are far too many of them. But the best way to avoid them is to stay as safe as you can.

Beyond my ranting, there are laws about how all of this works, too. Those laws can certainly protect cyclists (hello, Whole Foods bro)—but cyclists are not above them either. And since Colorado has such a big cycling community, it should not come as a surprise that we also have a lawyer dedicated to all the issues, advocacy and potential for meaningful change that arise when gas-devouring hunks of metal and muscle-powered carbon frames meet on the same asphalt.

Megan Hottman is a top Cat 1/2 racer and also runs the Hottman Law Office, a.k.a. TheCyclist-Lawyer.com. Her firm does everything from advocate for more and better bike trails and paths to help cyclists win cases against aggressive drivers to offer cycling safety classes to new (and experienced) riders so that they can learn what the law says about bikes on the road and, more importantly, how to ride safe. Hottman doesn’t do this because she wants to profit off injured cyclists, she does it because like the rest of us, she simply loves to ride.

She writes a fantastic blog on TheCyclist-Lawyer.com as well as her own site Cyclingcentric.com. Peruse it and you get a sense of how following the law alongside intense advocacy can get more people out of those cars and riding bikes. And more people on bikes means better trail systems, happier work days, and maybe even drivers being more aware of bikes around them. So let’s all ride more, for everyone’s sake.